The Perception of the Gamble 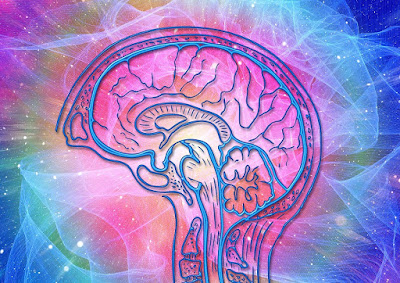 That's what they say.

When people say they don't gamble, what do you think? Wise, stupid, intelligent, absurd?

I wonder how many of those people bet on the lottery?


January 6th, 1996 saw the very first double rollover in the United Kingdom, prompting a staggering 86% of the population of Britain to dash out to buy a ticket!

Well, they certainly did that week.

The everyday gambler is seen as a mug punter. But as with every aspect of life, we go from the novice to the expert. The main difference between the two is that the expert has worked hard to understand their subject matter. They are wise, efficient and studious. That still doesn't guarantee they will be a winner or make money on their investments.

Consider how differently you may view these professions: stockbroker, a professional gambler.

The old stereotypes hit your synapses like a lorry smashing into a wall.

Well, one is kind of a posh professional, while the other wears a dodgy mac, has a roll up hanging from his mouth and shifty looking. Is that a bundle of notes in his pocket or a gun or a sudden attack of arousal?

I guess you get a few stockbrokers who look the same but both are rather peculiar perceptions. Walter Lippman coined the phrase stereotype a fascinating, intelligent and noted Pulitzer Prize winner 1958, 1962.

Roll a dice - one or six. What odds would tempt you to bet?


You know there is a price at which only a fool would turn down a gamble. Surely you are not one of those fools?

An example of stereotypes: if I said I knew a French professional gambler you may see an imagine of him riding a cycle, wearing a beret and a string of onions hanging around his neck.

But that is the thing about the mysterious, illicit, looked-down upon everyday gambler. Look at that idiot, he thinks he can beat the bookmakers.

Well, I'm here to tell you that's exactly what many gamblers do on a regular basis. The perception is that a bookmaker will always triumph over a gambler. He's the vampire bat sucking the blood out of a nieve punter who doesn't even realise its latched on the back of his neck.

It is difficult to draw the line between where a gamble starts and finished. You are not probably conscious of the gambles you are taking on a daily basis. Perhaps you are. Lucky you...

When crossing the road, few people are stupid enough to walk across without taking a glance left and right. If you are super cautious you may even look in the air for falling pianos and the like.The odds of getting knocked down on the road are real. They don't simply disappear because you haven't given them the time of day. Insurance companies could tell you the odds and they would rob you blind if you asked for a bet on that poor old dear who isn't as nimble as she once was on her feet.

Wouldn't you rather be conscious of the gamble? You may be able to negate those odds, increase your chance of winning or even live a little longer than you thought.

Photo: Pixabay free for commercial use and no attribution but given
Posted by TO