Dumb Pro Gambler | Can This Be True? 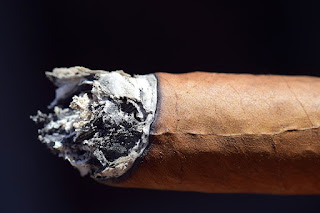 Sometimes you just need to stop for a moment and smoke a cigar...
The other day I was contacted by someone via email with: ''You really need to hear about this''. I thought, right!.

Someone named James [H******] sent me an email with the subject line: Professional Gambler's Info...

Considering I run a website called Professional Gamblers I just imagined it related to that, wanting information etc. However, the email continued to explain how someone very well known within the racing media had contacted them with a get rich scheme about betting and winning big. I looked at this detailed summary which identified a way of manipulating the exchanges with a simple method. I thought this must be a load of rubbish.
It's interesting that on first review it was actually well worked. Like most of these approaches, it looks very simple when you see the formula. I was asked to look at this info for this bloke who was skeptical. Anyway, I'm restricted by what I can say because it's his info. I will, though, find a way of detailing a variant of this stuff for readers if it actually amounts to something worthy of your time.

All of this ''keep it to yourself'' info made me remember a time I knew a trader on the exchanges.
Someone who actually made very good money from their knowledge. I will not say any names because it wouldn't be fair. They used to work in an executive position and gave that up to work from home, more time with the family and making more money. I know for a fact, they made very good money. The interesting part, is that they were, perhaps, a touch greedy and wanted to get a bit of extra cash and considered they could afford to let a few people into their idea. They did seem pretty stern in noting that if they ever saw someone trying to sell this idea that they would sue them. I'm a man of my word, so I had/have no intention of undermining them or being untrustworthy. I paid a three-figure sum.  In fact, it was £250 for the equivalent of reading about 50 words.The cost put off a lot of people. Although there were only about 10 places being sold so it was on a first come first served basis.

I received the info. It was pretty basic but logical. I could see how it could be used and appreciate that it worked. I use Betfair, but not the ladder trading. Take a look at this link if you want to read more about this style of betting on the exchanges. It was so alien to the way I work that I didn't even attempt to use it. This style of trading needs an ultra quick mind and reflexes as fast as an excellent gamer.
It's like shooting space invaders but making money.
It was just something that I could never get to grips with. It made my style of working look old and outdated. I didn't care if my way was old hat because it makes me money as it still does to this day.

I lost track with the bloke who I bought the info from so I don't know what he's up to these days or whether he went broke or sitting on a yacht in the Bahamas. The info he sold me still awaits the day I decide to do something with it.

Even though it sounds expensive, it was worth every penny because I know something that most people will never know...

I wonder what email I will get tomorrow?


Pixabay: free for commercial use and no attribution but given
Posted by TO