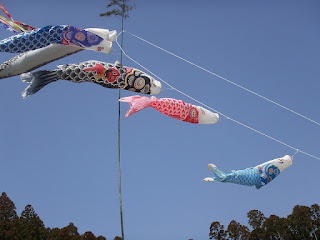 Mark Johnston has slated the BHA's decision to make known horses that have had a wind operation since their last run.

The qualified vet/trainer described it as a tragedy.

He said: "I think it's a tragedy for the industry and the breed that the BHA has brought in this rule," he said. "I think it's based on bad science and we've got a further unlevelling of the international field, where we're going to be giving misinformation to punters and I fear there is a welfare issue.

"As is the case over jumps, or what we believe is the case, there are large numbers of horses having surgery unnecessarily because of this belief it will improve their performance. I fear this will push over to the Flat and we've seen there are a lot of misguided people out there who seem to believe these procedures make a horse run faster.
"So long as they believe that and so long as the breeders are concerned about it being known their horses have had wind surgery, we're now going to see the situation on the Flat with horses having surgery before they run, completely unnecessarily."
"In general I can say they're not successful. Whether they work at all, the jury is still out and has been a long time. The procedures have changed dramatically since I qualified as a vet and during the time I've been training; new procedures coming in and out of fashion and that's simply because there's no consensus whether they work.
"I asked my senior vet if they work, and he said, 'No'. I asked my wife Deirdre if they work, and she said, 'Sometimes'. So we went through the horses who had had them and we found five who had significantly improved. That's a ten percent success rate, but how many of mine improved who didn't have wind surgery? Probably ten percent, so it's bad science to look at these figures."
Johnston, speaking as a guest on Luck On Sunday, also thought the idea more information being available would help the sport was wrong.
He said: "It's only going to be documented that British-trained horses have had surgery since their last run. It's not going to be documented how many had surgery before they ever ran or those coming in from abroad, so we're just muddying the waters even more."
More stories:
Pixabay: free for commercial use and no attribution but given
Posted by TO