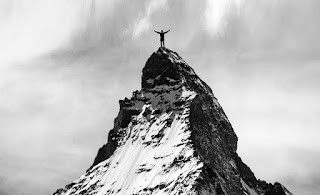 I know it sounds a flight of fancy. Surely such bets never happen?

It simply cannot be done.

Now I'm not saying it is easy to find such a horse but make no mistake it happens on a daily basis to some lucky punter. The favourite doesn't win every race: sometimes that win goes to the least fancied of all horses - the outsider.

I've had a few big wins in my time. My brother is a past master of latching onto a winning angle by spotting a big, big, no bigger than that, priced winner. In fact, he has done it a number of times.

Remember a horse called Puggy, trained by Roy Kvisla? I doubt it! However, readers may remember the trainer in the UK for two or three seasons venturing from his homeland in Sweden where he still trains today.

You have to go back a number of years when this two-year-old made her debut in 2006. However, it is a day which sticks in the memory.

This daughter of Mark Of Esteem cost 75,000G at the yearling sales. She turned out to be a real star turn who progressed to race at Group class at two and even competed in the 1000 Guineas at Newmarket, finishing 8th, beaten just eight lengths.

Take a look at her race record here.

What a day. Tony has always been very good at spotting a decent horse just by its look, physique, presence.... It's one of those things that is difficult to put into words but he has found many winners priced 100/1+ when betting on the exchanges. I know it sounds incredible but I can guarantee it is true.

Watching on the TV he noticed Puggy. A good-looking filly. He had that certain feeling. Kvisla was such a new trainer to the UK and bookmakers simply wrote off his chances and priced his horses as if they had no ability. That was a lesson some layers would learn to regret.

Puggy wasn't some cheap buy, she had good breeding, and was priced with bookmakers at odds of 66/1.

I had no idea of any of this until I received a phone call a few minutes after the race. I had been watching the race myself as I follow the two-year-old racing.

This is what he said:

He was ruing his luck because he tried to place another bet of £20 in-running at similar odds but the bet wasn't taken.

All because he liked the look of a horse.

Puggy won by one-and-a-half lengths, readily. It was the only race she ever won. Not because she was limited, simply because she raced at the highest level. She was beaten at Listed class on her second start by a short head, placed third behind Finsceal Bio in the Rockfel Stakes (Group 2) at Newmarket. This bay raced fourteen times in her career and achieved a highest official rating of 102.

As a broodmare, she passed on her ample ability to Avenir Certain. Sired by Le Havre, she cost just 45,000E at the yearling sales. Trained by J-C Rouget, in France, she won her first six races including two Group 1 successes. She achieved an official rating of 112 when finishing third at Newmarket in 2015. Her total earnings: £864,922.

Sometimes those big priced winners do happen.
Photo: Pixabay free for commercial use and no attribution
Posted by TO