The Punter, his Betting Slip and the Chinese Burn Society

This an old post, from a couple of years back but still pertinent today.
It's a funny, old world. Well, the world, itself, isn't funny in a patronising, critical, irritating kind of way that is usually left to homo sapiens. 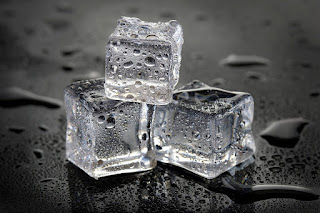 You probably wonder what I am talking about.

Giving horse racing tips, selling information, it can be a pain in the arse. Why? Because you are often tarred with the same brush as those who didn't make the last person they dealt with feel so good. I am a calm, sensible, logical person who even when someone is plainly wrong I try to see the reason from their point of view.

I know a lot about horse racing. It is my business to know. I detail some of the best two-year-old horses in training. I give 10 Dark horses. They are, in general, very good. Very, very good. But we are dealing with opinions, flesh and blood, not machines or a science set in stone.

I felt a touch irritates by recent proceedings. The first dark horse given didn't send because of an issue with Mailchimp who forward the mailings. This horse hadn't raced before and was trained by Richard Hannon for owners Al Shaqab Racing. Its name is Denaar. It won easily, followed up next start and will be heading to Royal Ascot. By all accounts I was correct.

The second horse I sent, which got delivered, was a horse trained by Mark Johnston called Jive Lady. The reason it was detailed was because the stable had given it a Listed race entry which suggested to me it is a talent. Remember this is the trainer's opinion. If the trainer is wrong I am wrong.

Well, it drifted markedly in the betting. It didn't fill me with confidence. The filly led and then tired quickly beaten a good number of lengths. I was disappointed. it isn't ideal especially after the first horse that didn't get mailed was so bloody good. Even a bonus horse I gave after Validator won comfortable and will no doubt be racing at group level.

This is a classic case of people reacting to their emotions rather than using logic.  I've heard these things all before. I had someone say the same thing in the past who was even more up in arms about something which basically made no sense.

How can giving something for free be ripping people off? If after 10 Dark Horses people don't want to pay a measly £37.5 a year for hundreds of hours of my work then don't. It makes no difference to me if people join or not. (No longer available as I don't need anyone's money or hassle).

The fact what I find ''illogical'' is that someone tries to judge you on one horse. Is it just me or am I missing something here? I could understand it with ten horses. The stupid fact is that I have mentioned three horses and they have achieved three wins from four races and two of the three will be racing at group class.

Just because the Johnston horse disappointed doesn't mean it has no ability. Sometimes the best horses run terribly on debut. Time will tell.

In truth, this message and the one received from Mr Someone wasn't actually about horse racing at all. It was about a person's distorted, if not irrational musing, which lacked reason. It lacks reason in the sense that if they had done exactly what I had and responded the way they had I'm pretty sure they would feel rather disappointed by the comments.

One horse. How can you base some on a solitary finding? I dug one hole and didn't find any gold but the other 99 that I could have done.

I am fair with people, generous, a hard worker who knows more about two-year-old horse racing than anyone I have met. If someone thinks they no more then come and say hello because I will know I have met another bloody hard worker.

The day will come when I keep all of my knowledge and money to myself.

It will be a day too, even if you don't realise, that you missed an opportunity to actually learn something valuable for free.

Now, does that sound like a wise man?
Oh, and by the way, the Johnston two-year-old who looked disappointing on debut went on to win easily and prove herself to be a decent horse.
How I laughed thinking about the idiot who questioned my judgement and integrity.
Brainless *ucker.


Photo: Pixabay free for commercial use and no attribution but given
Posted by TO